Please send me to Pumpkin Island 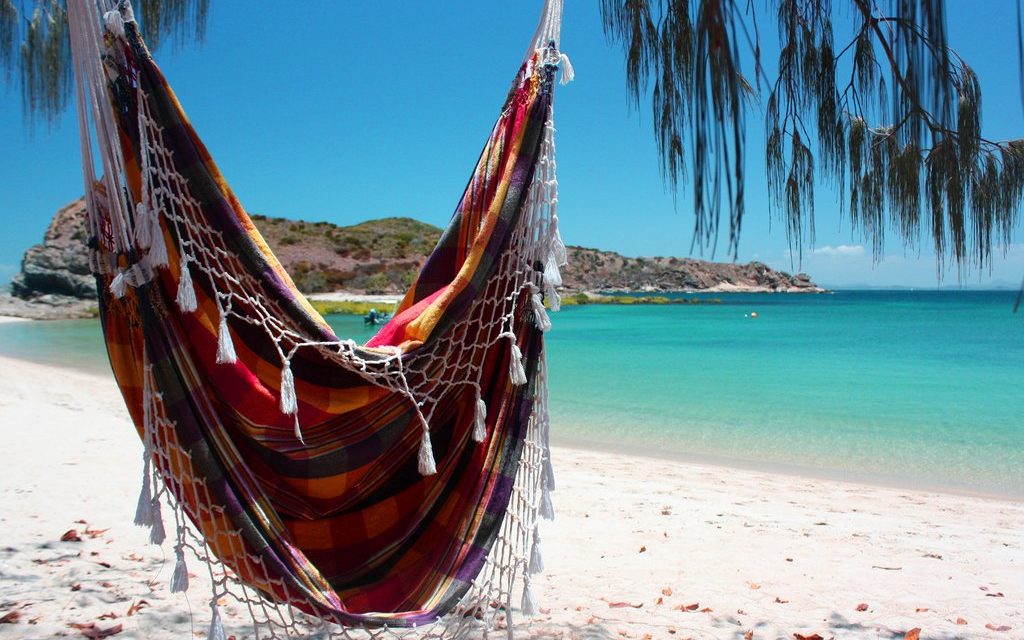 Not only is Pumpkin Island Eco Retreat on the Southern Great Barrier Reef a sustainable climate action leader, but it’s also the perfect isolated getaway.

Pumpkin Island Eco Retreat was the 2018 winner of the Australasia’s Most Sustainable Hotel award presented by Boutique Hotel Awards. It was a just reward for owners Wayne and Laureth Rumble of Sojourn Retreats. They spent the previous 10 years working hard to lower their environmental footprint by reducing waste and improving the use of water, fuel and power to protect their ecotourism assets and minimise their impact to offer a sustainable holiday.

It’s not hard to understand the attraction of this small island which is next door to Keppel Island off the coast of Yeppoon.  This place is so beguiling, I reckon if Cinderella’s carriage had turned into Pumpkin Island instead of the edible kind, she would have been laughing at her evil stepsisters.

I stayed here for two nights revelling in the freedom of the island. The only footprints on the beach outside my eco-friendly hut at on the six hectares of paradise known as Pumpkin Island were mine.

While there were others on the island, but it felt like I have it all to myself, and I am loved the seclusion. My afternoon was filled with lazy beachcombing and picking small but sweet oysters off the rocks. 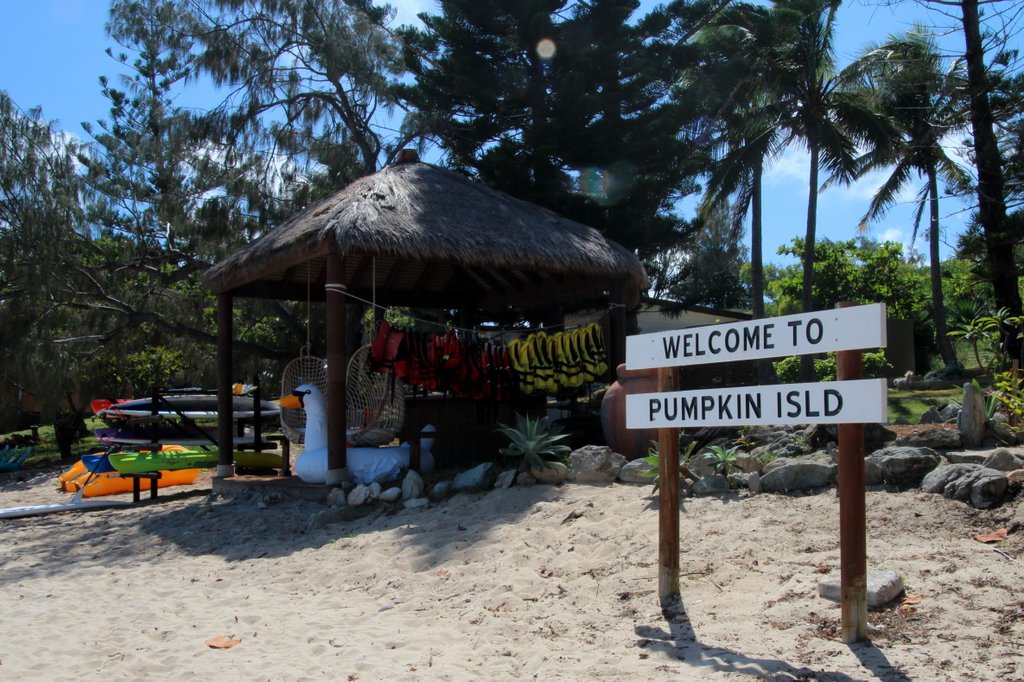 Take me back to Pumpkin Island

I’ve got my favourite beach swing chair just a few metres from the water’s edge, a bed where I am lulled to sleep by gentle waves lapping the beach. There’s also a plunge pool if I don’t want to take the few steps down to the water for a swim.

The island, located 14 kilometres from Yeppoon in Queensland’s Southern Great Barrier Reef, is part of the Keppel Group.  It once was XXXX Island where people came to drink, drink and drink.  Now it’s a 34 person (maximum), seven self-catering unit holiday island. 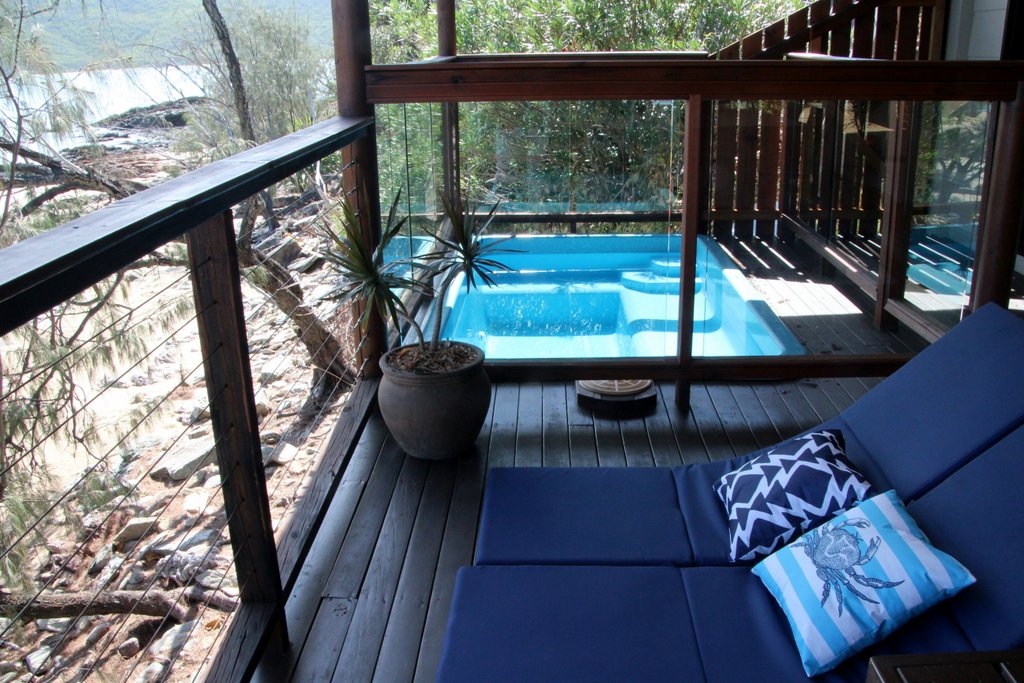 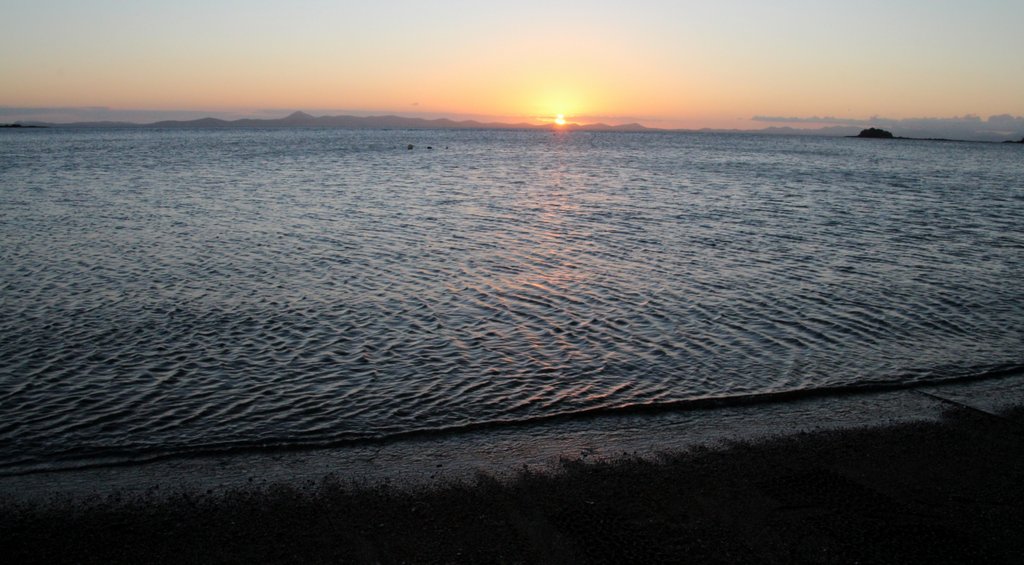 You’ve probably already thought, “this sounds like the perfect place for a wedding/party/celebration” and you would be right.  That means hiring the whole island, and that is perfectly possible too.

The eco cabins are very beach chic and powered by sun and wind. The cottages only have sustainable 12 volt solar and wind power which keeps the water pump, fans, lights and fridge going. There is a USB port where you can charge your phone.

Rainwater keeps the tanks filled.  It’s the sort of play where you want to curl up with a book or play board games with the kids after a day of water and beach activities.

It is sustainable tourism at its best. 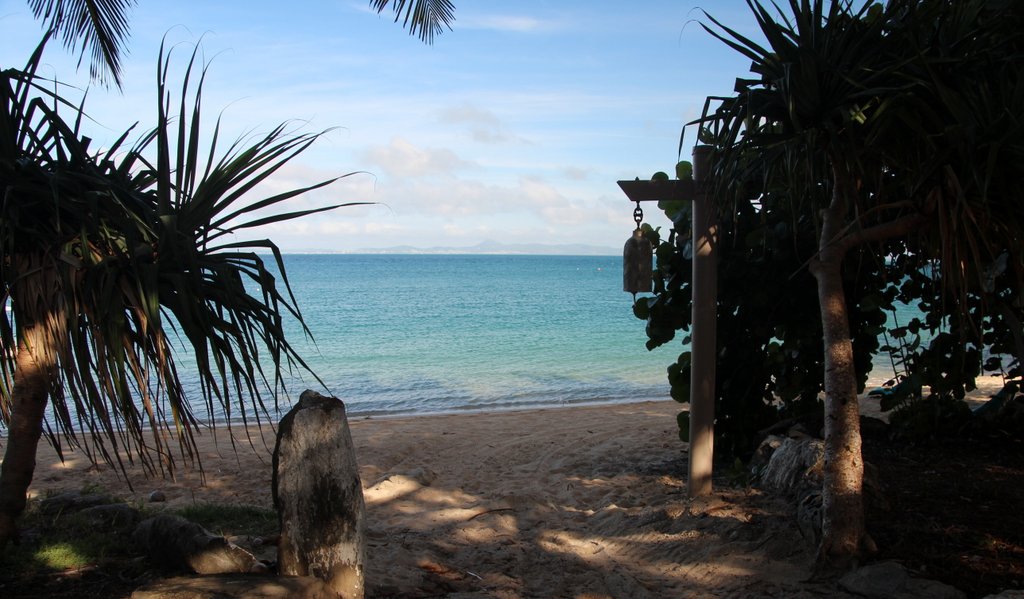 If there is one flaw here, it is that the phone reception is excellent, although you could pretend otherwise. All this bliss does come with the proviso that you bring your own food, although the managers will stock it up for you if requested.

Although small, the island is big enough and hilly enough to provide interesting walking.  There are a few secluded spots for swimming and some great diving available.

The Pumpkin Express leaves from Keppel Bay Marina and takes about 45 minutes to reach the island.

This eco-hotel offers sustainable travel for those with a sustainability conscience who want to enjoy some of the very best the Southern Great Barrier Reef has to offer.

For another beautiful island experience on the Southern Great Barrier Reef, take a day flight from Brisbane to Lady Elliot Island.

Match your hotel to your personality with these Brisbane hotel stay suggestions.

Disclaimer: Ed+bK was a guest of Pumpkin Island.

For more Ed+bK straight to your inbox and free e-books subscribe here for a weekly newsletter. 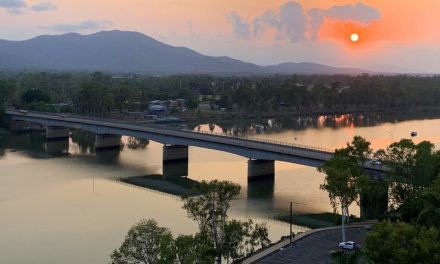 10 surprising things to do in Rockhampton 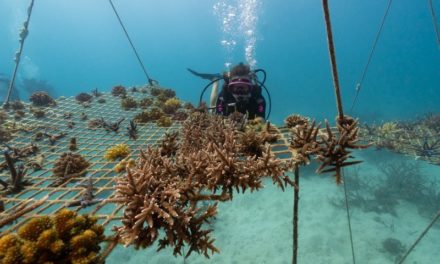 15 new things to do at the Great Barrier Reef 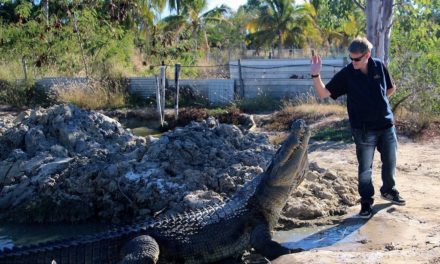 Can you be friends with a crocodile? 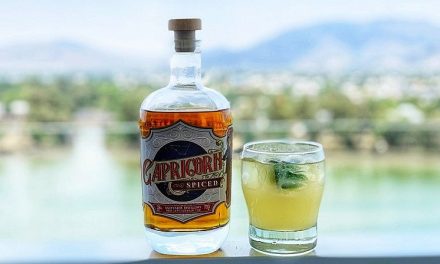