Go hungry on this on Noosa Country Food Trail

Take a Noosa Food Trail and explore a deep produce bowl on a Noosa Country Drive. Make it a Noosa day trip and dive into the hinterland behind the beach to find farmhouse food, local coffee, a distillery, breweries and the freshest local produce.  Pack your cooler and fill it with roadside produce, pastured eggs, local beef and seasonal fruit.

Get ready for some stunning country vistas on this drive that goes deep into the coastal fringe north of Noosa.  It is a comfortable Noosa day trip that will take you about two hours on a round trip, one day or two, if you go slow and stop to make the most of the journey. There are many fabulous places to stay in the region, but if you are looking for somewhere that’s perfect for your pup as well as your family, I recommend Noosa Country Cottage’s Magnolia Cottage.

This is the view you wake up to at Magnolia Cottage. 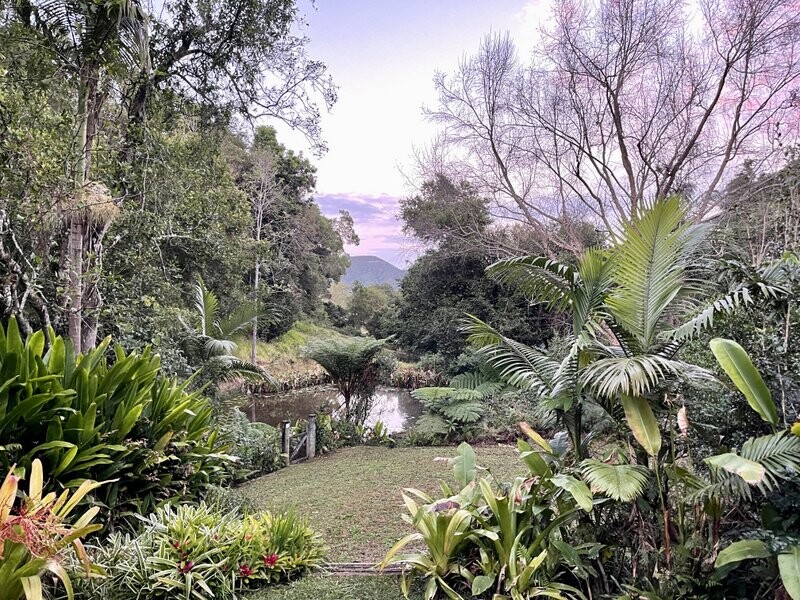 If you start your trail from Noosa, head to Boreen Point for a view of Lake Cootharaba and then on to Kin Kin for breakfast at Black Ant at Kin Kin General Store.  Do remember to book during peak times. Drive to Twin Hills View Lookout for a panoramic view over the countryside.  You might even see eagles soaring above.  Head back to Cooran and Noosa Hinterland Brewing for a Ploughman’s Platter and local brew for lunch.  Stop at Pomona to try the gins at Pomona Distillery and make another stop at Copperhead in Cooroy for more local brews.  That’s your whole day sorted. 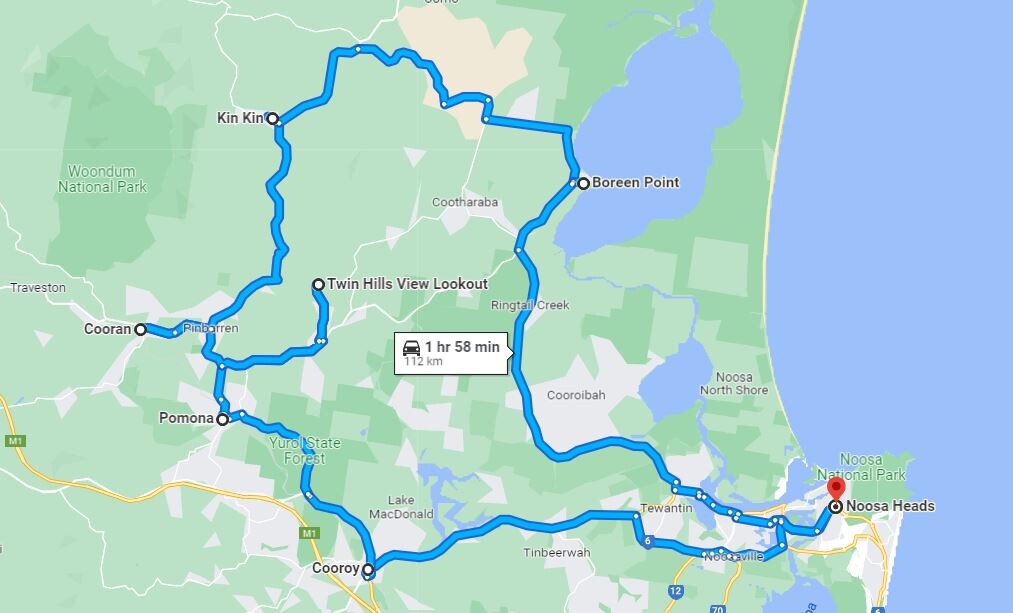 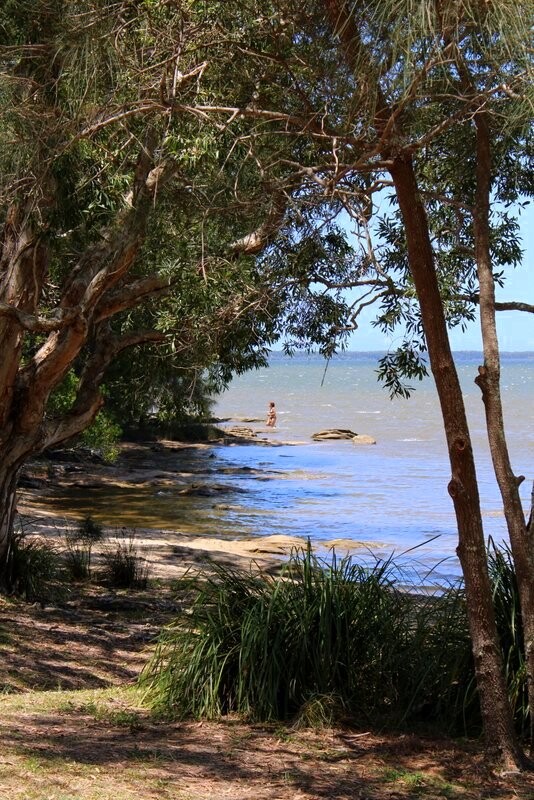 Start your journey by driving out of Noosa via Tewantin towards Boreen Point and Lake Cootharaba. This gentle, shallow lake is popular for kayaking and sailing, however, it’s also a pleasant spot to stop for a scenic look.  Have a coffee here but hold off on anything else because I have the ultimate breakfast destination coming up next. Back into your car and drive towards Kin Kin.  I know you are probably hungry, but the wait will be worth it.  Go slow and enjoy the scenic country scenes on this winding road. 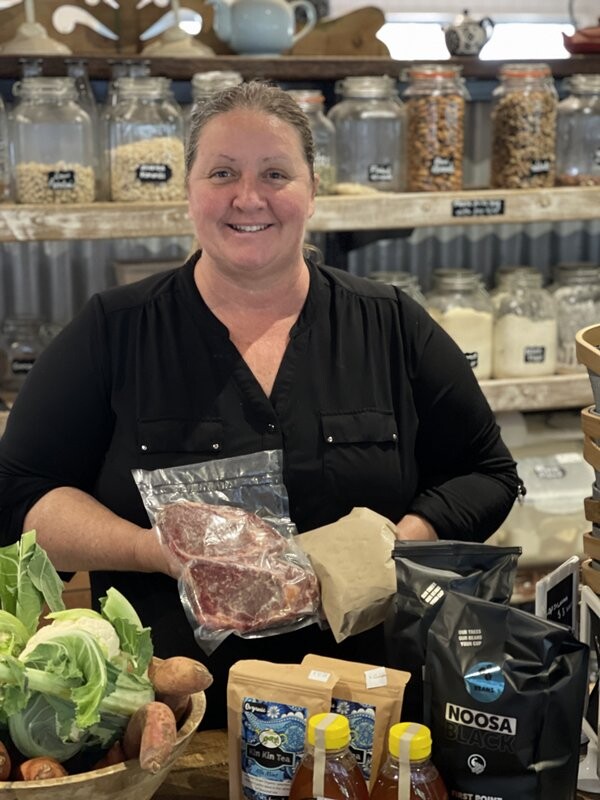 You are heading for breakfast at Kin Kin General Store, a surprising café run by fifth-generation farmer Jodie Williams and her daughter Tahlia Anderson who creates the most amazing desserts. You’ll find the restaurant and store in Kin Kin Main Street, a picturesque 45-minute drive from Hastings Street, Noosa. Here it is really about ethically grown local produce, with more than half of the ingredients sourced within the region, some from her backyard café veggie garden.  Jodie, who also runs Black Ant Gourmet catering, has a Slow Food Noosa Snail of Approval certification. Sustainable food practices are another keystone for Jodie, who attended the Terra Madra World Food Festival in Italy in 2018. The cafe is open every day for breakfast and lunch.  They also serve dinner on some nights and have a Sunday  (check their Facebook for the latest details).

Breakfast here not only tastes amazing, but it is also a feast of local produce. The breakfast ingredients list reads like a who’s who of local growers in Noosa Country Hinterland. There’s the Bunya Grove Produce eggs, local wood smoked free range bacon, oyster mushrooms from Eastwell Farms, and the potatoes and onions are from Gatton. I’m digging into a pea pancake with sautéed mushrooms and goats cheese. K2 has gone for classic bacon and eggs. The flavours are fantastic. So real. Everything tasted like the best version of itself, naturally. We started with a cup of Noosa Black coffee. 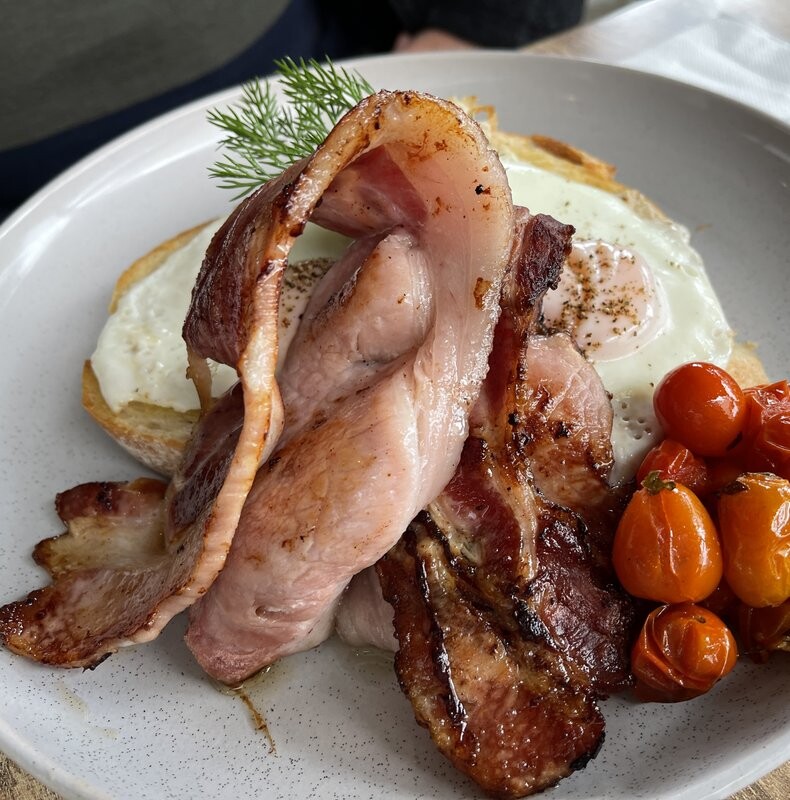 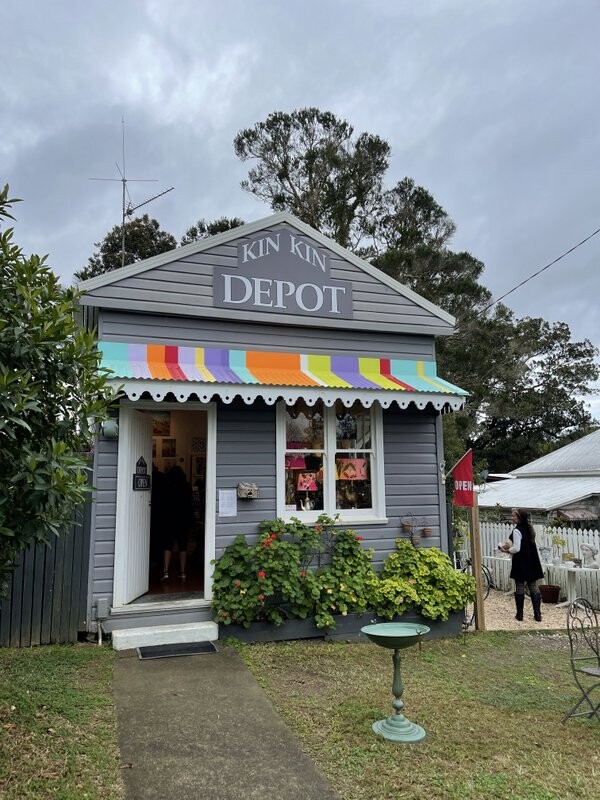 Make sure your Noosa Country Food Trail includes time for a browse through the amazing Kin Kin Depot store.  This is a treasure trove of wonderful things with vintage mixed with new works from local artists. It’s a very good wander and, if you are lucky, you might even meet the friendly store cat. 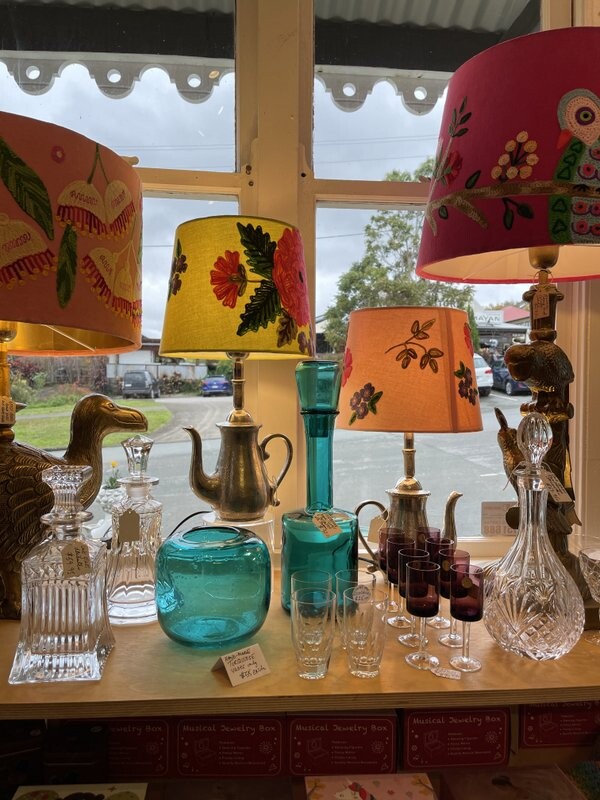 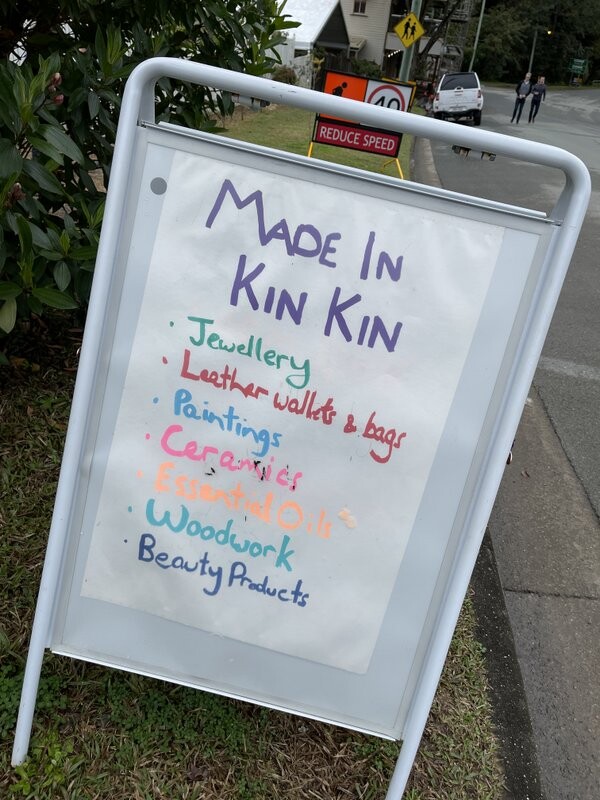 Finish off at Kin Kin General Store with a Noosa Black coffee made from beans grown just a few kilometres away by Noosa’s only commercial coffee grower. Noosa Black is a small, family-owned business with around 6,000 arabica coffee trees and another Slow Food Noosa Snail of Approval recipient. Their single-origin coffee is hand-blended and roasted on the property.  You will find it for sale around the area (check their website for a list) and via mail order. Steve from Noosa Black customers often like to order a Noosa Blackhouse blend and a house blend to compare and guess who has scored the Noosa Black. 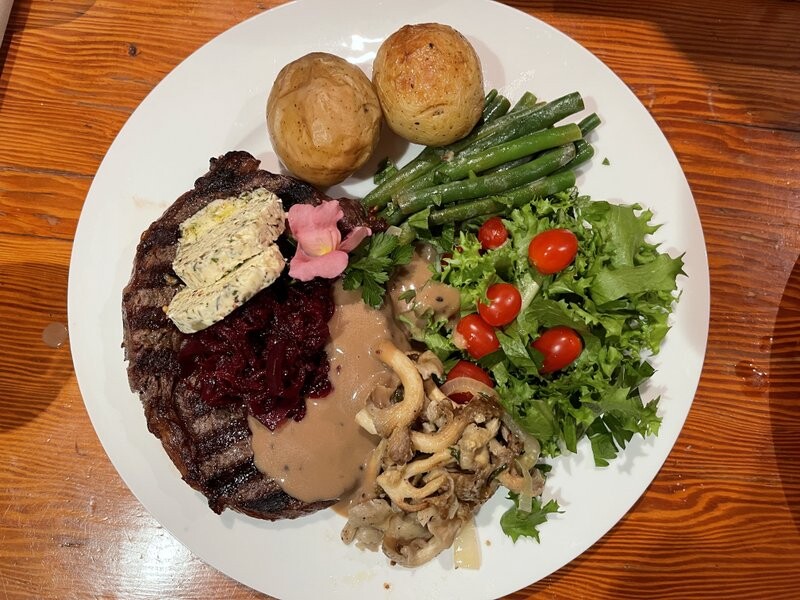 If you are self catering for dinner, picking up a dinner pack from Black Ant Catering at Kin Kin General Store will make your life oh so easy.   We walked out with a gourmet feast that was simple to assemble at home.
Here’s what we had – North Arm wagyu rib fillet 8+ score, raised on pasture and grain from local Terrella Brewing. Black Ant sell their Hazy IPA, Irish Stout and Ginger beer as three of their eight regular local beers available on tap.  There were herbs, flowers, and cherry tomatoes in the pack that were all grown in the shop grounds. The greens for the salad came from Tom and Zaia Kendall at Permeco, KinKin. They teach sustainability on so many levels. The potatoes and onions came from Gatton this time but are sometimes local.  The final touch was Beetroot relish and onion jam made in-house and combined to compliment the beef.

Take a break from driving and eating with a walk up to Twin Hills View Lookout to see panoramic views of the region. 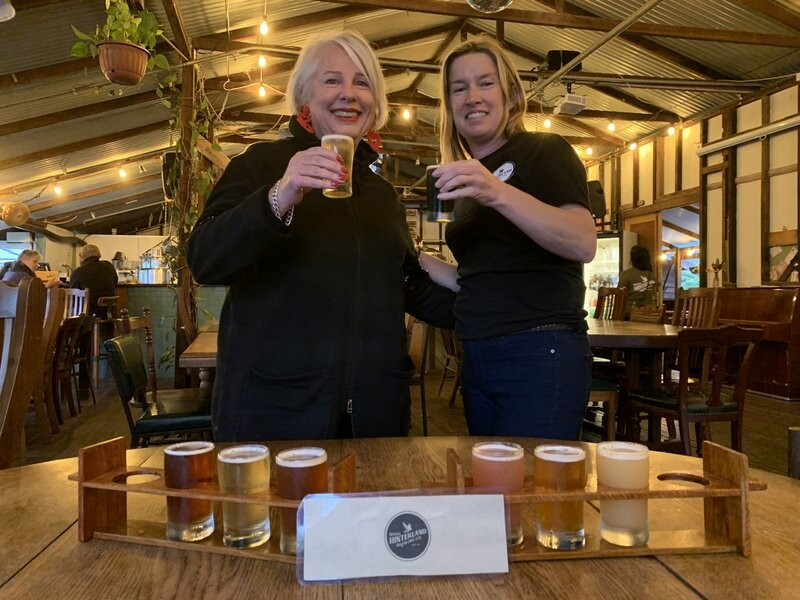 Noosa Hinterland Brewing Co has been delighting beer lovers with their distinctive brews for about 18 months in the little village of Cooran. It’s a classic story of a home brewer following his passion and a couple finding a new life in a treescape to Noosa Country. Much like the owner Cara, Noosa Hinterland Brewing is warm and welcoming. Located in an old joinery building, its strong, honest frame resonates with a long history. All brewing takes place in an open area behind the bar so you can see all the tanks. Judging from the regulars, Noosa Hinterland Brewing is popular with locals of all ages. There’s a father playing Uno with his children, a trio of older folk sipping on a beer and wine (they offer Dingo Creek wines for non-beer drinkers). We are told that visitors from Noosa are regular day trippers.

We start with two tasting paddles of four which cover the whole brew range. Bluegrass music has my foot tapping as we sample. K2 likes the Pilsner, and they can’t convert him to the Stout.  I’m keen on the pale ale, which is their most popular line. The Ploughman’s Platter arrives overflowing with fresh local produce and a still-warm bread roll. There is smoked Kenniworth cheese, pickled onions and cucumbers, house-made relish, and thick slices of moist ham from the local butcher. I’m in heaven.

Cooran is a small village that punches above its weight with the brewery and a local venue, Hinterland Restaurant, specialising in nose-to-tail cuisine. Checking their menu in the window, I see they have an interesting mains lineup and a good selection of pizzas. The owners run their own farm where they have a permaculture vegetable garden, and stock heritage breed pigs and cattle. 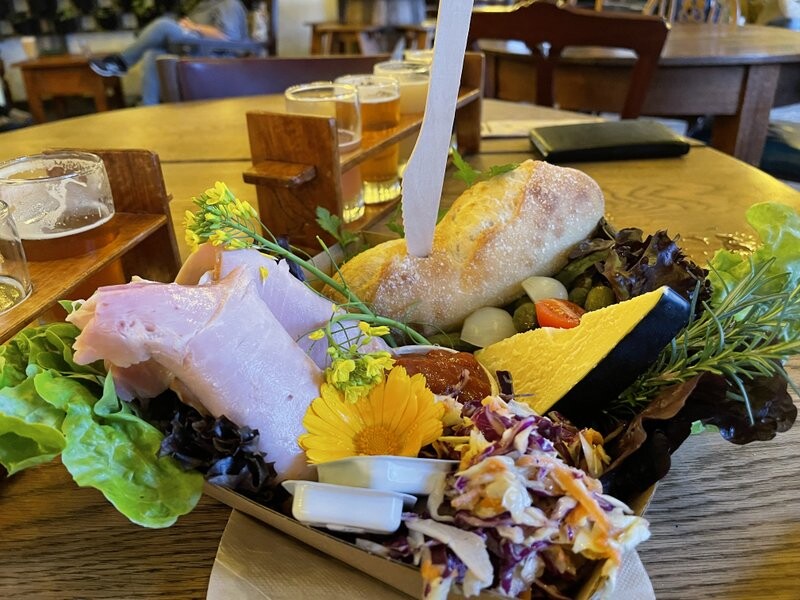 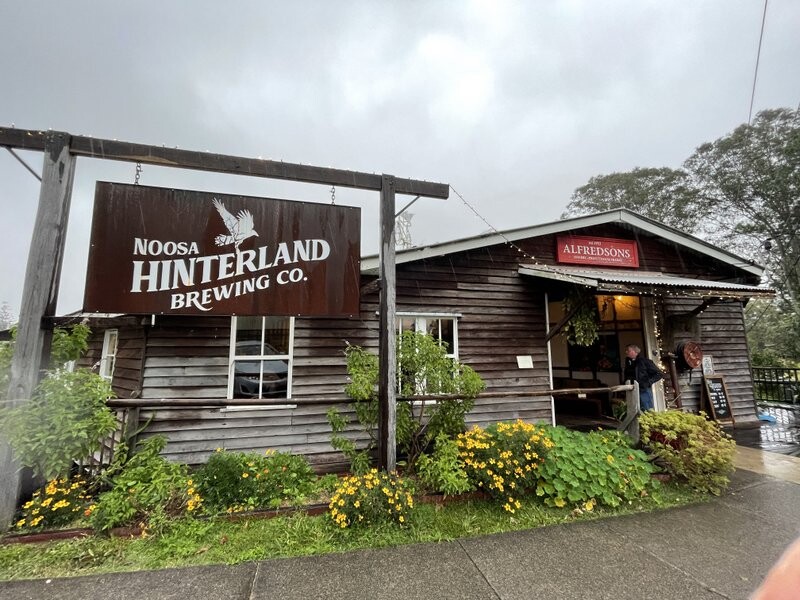 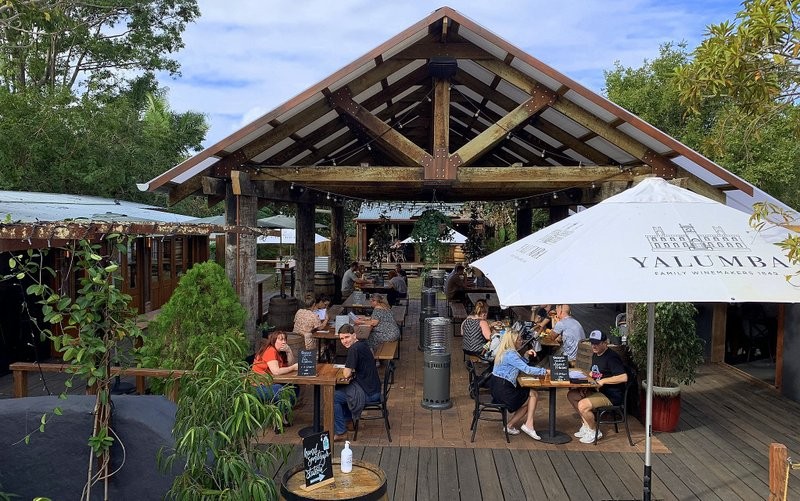 Stop at Pomona Distilling on your Noosa Country Drive.

The country town of Pomona was named after the Roman goddess of fruit and orchards. It has been home to the Gubbi Gubbi people for thousands of years. Fires devastated the town in 1939 and 1942 which has resulted in a predominance of Art Deco architecture in the town. What lies behind the shopfront at Pomona Distilling Co is a real surprise. Décor at the small-batch boutique distillery is inspired by the region’s heritage with a glorious arbour made from recycled bridge timbers. The cellar is positioned in the original Pomona Bakery, which dates from the early 1900s and repurposed shipping containers turned into a small art gallery.

Master Distiller and owner Robin Yates first started distilling in the back of the Uni chemistry lab while studying industrial chemistry. Now spends his days on his farm in Pomona, finding native botanicals to craft new gin blends and creating artesian spirits using a 200l copper still. The range includes Pomona Pink Gin, Pomona Blue Pea Flower Gin, a standard gin and vodka. The best way to try them is with one of their Perfect Serves developed to highlight individual flavours. Stay as long as you like here in the outdoor garden setting, enjoying the simple menu featuring classic pub food.

Pick your Pomona gin by its colour 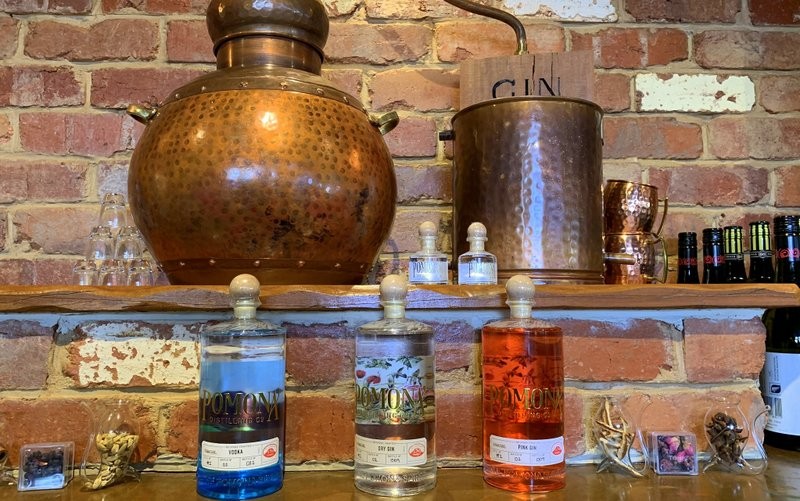 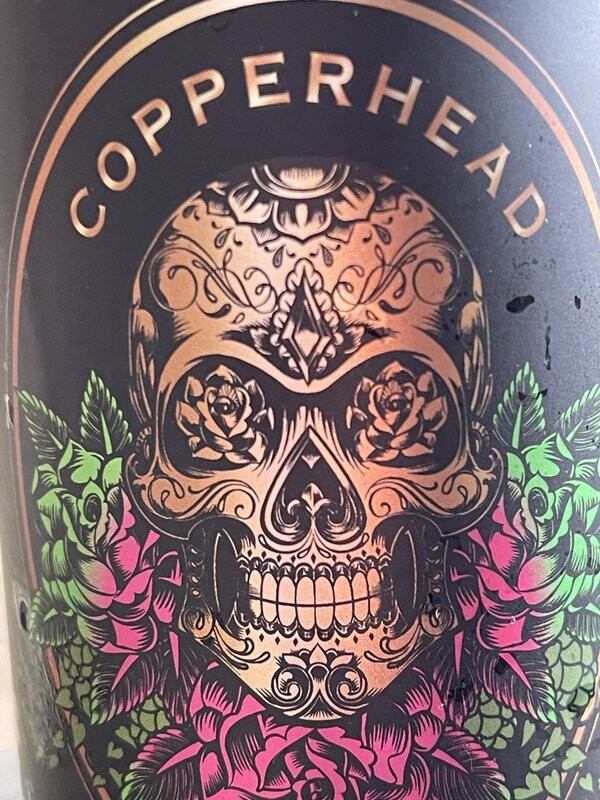 Located in downtown Cooroy on the main drag towards Noosa, this is a new, purpose-built brewery with a strong focus on food. The expansive dining area is warm and inviting with exposed brick pillars, a fireplace and atmospheric lighting. tall fiddle leaf figs curve haphazardly around the room giving me ideas for my figs at home. I’m tempted by the Orange Blossom Lager or the Strawberry & Lime Sour just because I can, but it’s the 3.8% Ginger Beer that has hints of ginger and malt that wins on the day. 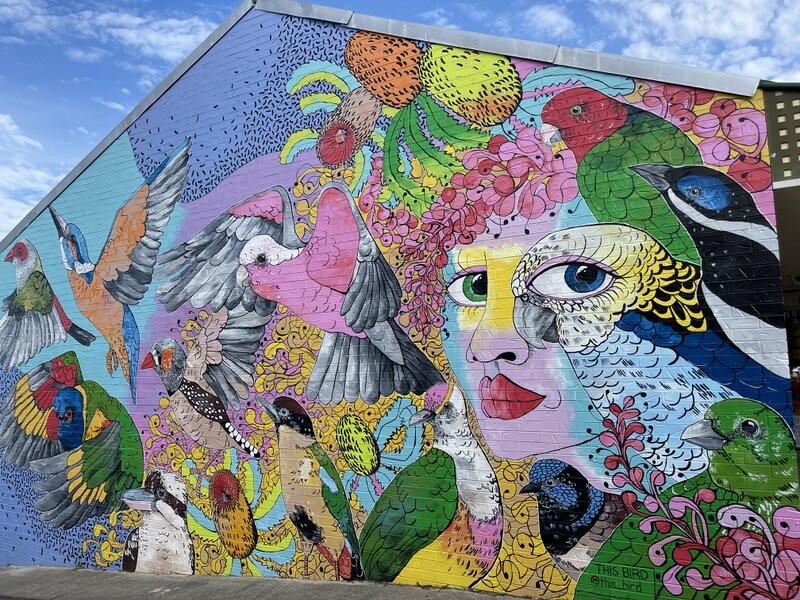 Cruise around Pomona on your Noosa Country Food Trail to find this street art outside the IGA.

Add to your Noosa Food Trail

There are many ways to extend your Noosa Food Trail.

Follow the signs from Pomona through Cooroy to Tewantin and Noosa to complete your Noosa Food Trail. There is plenty to see in both Tewantin but save this larger centre for a day when you want to stay closer to Noosa. 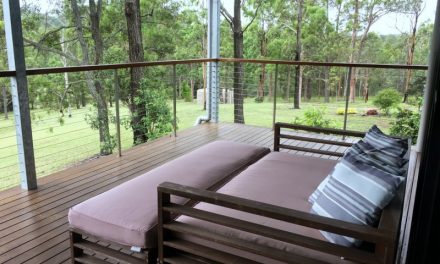 Get lost at this Mary Valley retreat 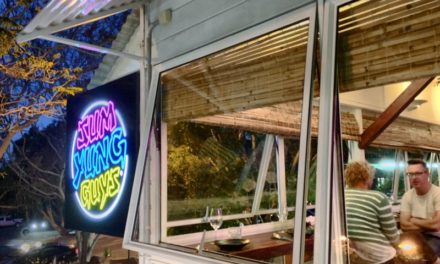 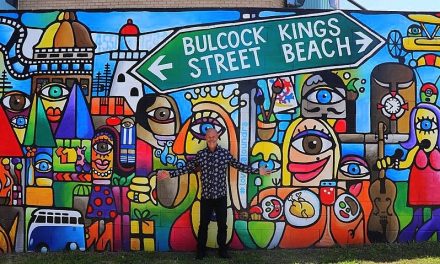 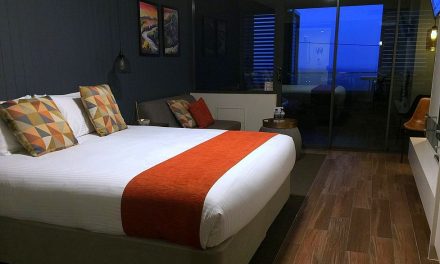 Room with a view at Altitude on Montville, Sunshine Coast Hinterland