That time I ate the world’s smelliest fruit

That time I ate durian, the world’s smelliest fruit in Bangkok’s Or Tor Kor Market, Thailand, is etched strongly into my memory.

Durian is a delicacy in many parts of Southeast Asia, including Thailand, Malaysia and Singapore. However, its stinky fruit smell lingers long after the evidence is gone and is reputed to be almost impossible to erase, which means durian free zones are heavily policed. Love or hate durian, this stinky fruit is the only fruit that’s banned from public transport, will get you thrown out of a taxi and smells like mouldy old socks.

Or Tor Kor Market was the last stop on an excursion from Genting Dream with chef Mark Best, one of Australia’s leading chefs and Chef Kaweesin from the ship.  Mark travels extensively in Asia and loves Thailand’s vibrant food and climate.  He has several restaurants onboard Genting ships.

We had lunch at Paste, an outstanding, Michelin-starred Bangkok restaurant in Gaysorn Village that serves authentic Thai cuisine using modern techniques, and then explored Or Tor Kor. 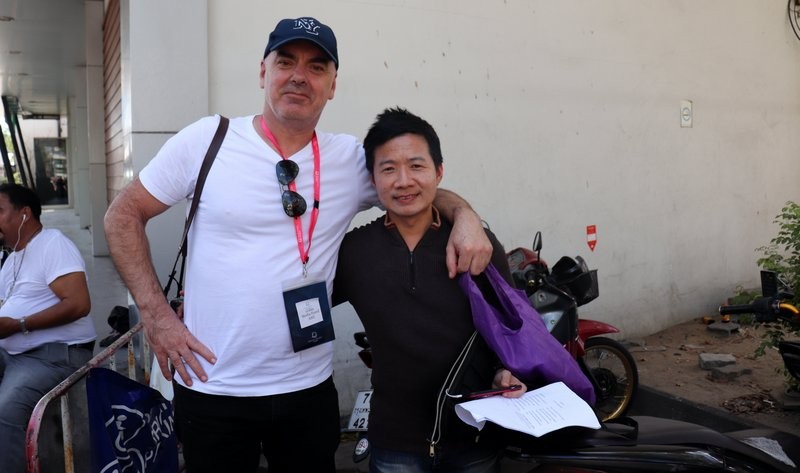 Shopping at Or Tor Kor Market

This huge market has been ranked as the fourth-best fresh market in the world and sells products from all over Thailand.  The range of fruits and vegetables is astounding and just walking through the aisles is a great experience.

As well as fresh produce, the market sells ready to eat meals (although I’m not sure my stomach could cope with them) along with pre-prepared chilli pastes which just make the job a little easier.

Our task was to gather ingredients for a shipboard cooking demonstration the next day, so we were on the hunt.  The 38-degree Celsius heat meant this was not a day to linger, sadly. 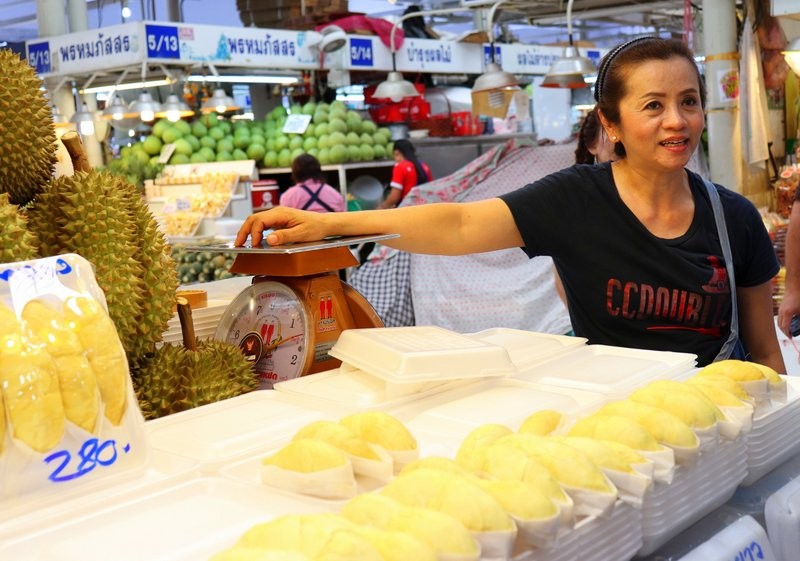 Time for the world’s smelliest fruit

A taste of durian had been promised, and we all lined up for the chance to try this unusual fruit. Several tree species belong to the genus Durio, and nine of them produce edible fruit, with over 100 named varieties in Thailand, 100 in Malaysia and 300 in Indonesia. The variety we tried was called Golden Pillow. A durian was purchased on behalf of our group, and the stallholder kindly cut it up and even provided forks for us to use. 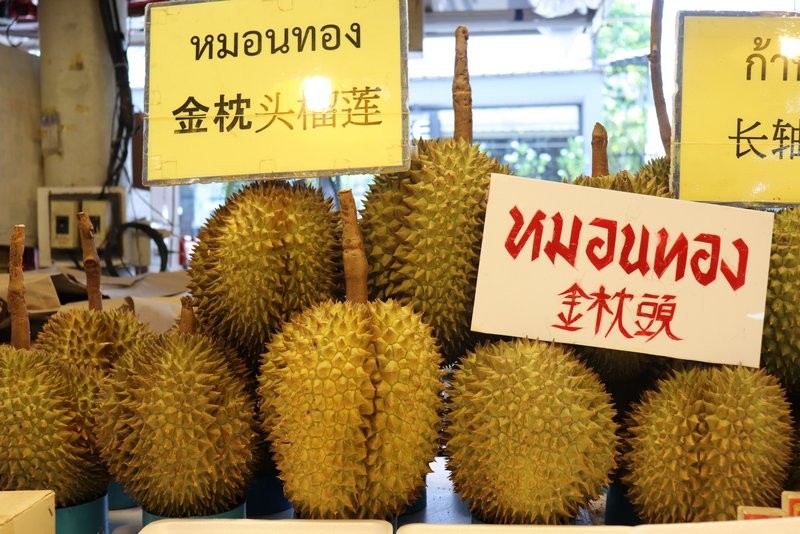 Durian has a distinctive round, spiky appearance. Photo: Kerry Heaney

How does durian taste?

It’s an extraordinary combination of sweet, savoury and creamy, and the smell was not too bad.  I suspect that’s something that develops over time, giving it the ‘world’s smelliest fruit title’. This time, it was a no for me, but I have eaten durian before and liked it much more.  This variety had a strong taste of chives which did not appeal to me. Some people describe the experience of eating durian as ‘sitting on the loo eating thick custard’ – cue highly unappealing visual image! The best durian experience I’ve enjoyed was a durian crème brulee which was a delightful, slightly cheesy, rich, creamy flavour.

Thumbs down from this group of durian tasters at Or Tor Kor Market. Photo: Kerry Heaney 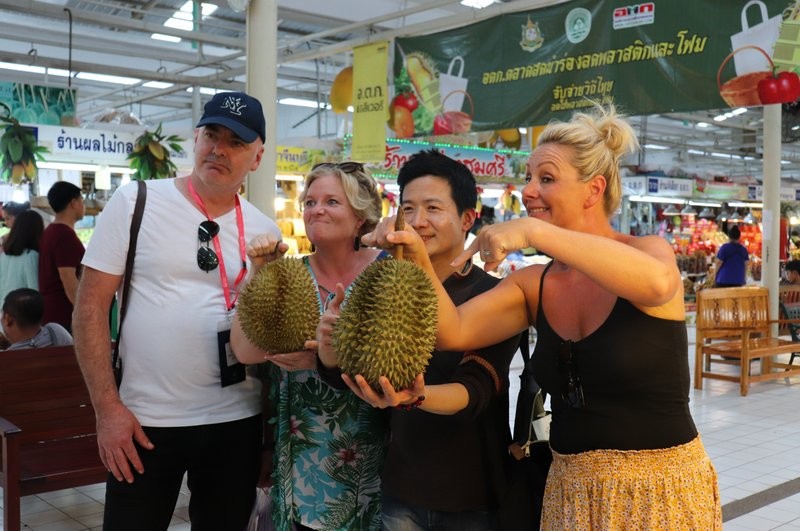 How to get to Or Tor Kor Market

Take the MRT subway to Kamphaeng Phet station and walk out from exit number three.  You’ll find yourself right in the market. The address is 101 Phahonyothin Road, Chatuchak, Bangkok, and it is open daily from 6 am to 8 pm.  The equally famous Chatuchak Weekend Market is just next door. 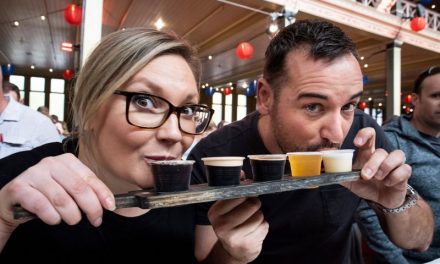 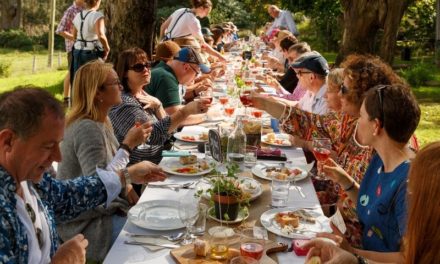 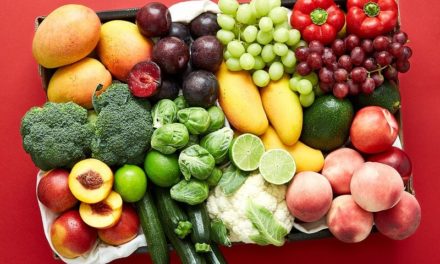