Brisbane’s new CBD stunner, a cheeky Italian at the Gabba, once in a lifetime rum, there’s a champagne shortage? All this and more fabulous food finds, plus the latest sunflower fields, in Feast on Brisbane #45.

Last week I was on a road trip down Tasmania’s eastern coastline.  It turned into an amazing oyster safari and I found some great places to eat along the way.  I’ve added them to my list of top Tasmanian dining.

Got a Brisbane food update to share? Tag @eatdrinkandbekerry 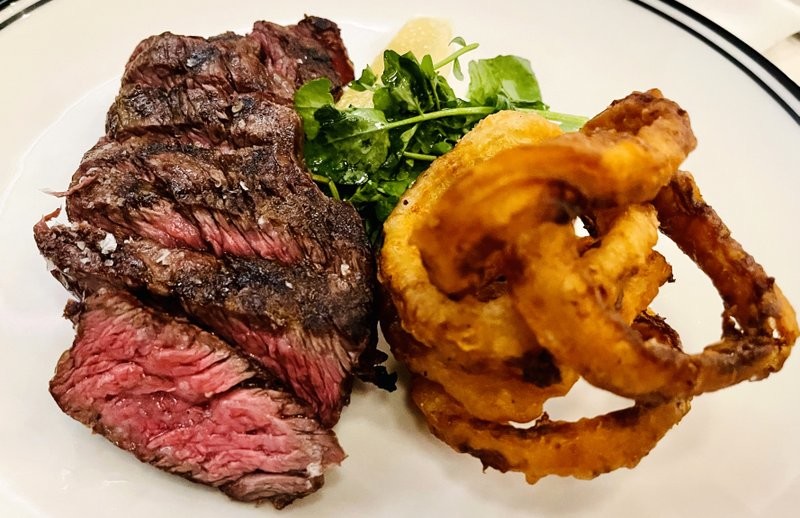 If your head is not spinning trying to keep up with the latest openings, mine is! So here’s what I have found of interest this week.

Brisbane’s dining scene just got that much hotter with a sterling new addition, Rothwells, from consummate Brisbane restaurateur Dan Clark. You’ll know him from your dining experiences at much loved 1889 Enoteca at Woolloongabba but his long career in food and wine actually began much earlier in London’s Mayfair.

It’s these memories that sparked the genesis of Rothwells which takes British style and Brisbane nostalgia and weaves them together into a very attractive package.

It took me a moment to recognise the wait staff at Brisbane’s new city restaurant Rothwells, because their uniforms reflect the building’s tailoring origins. It’s spot the references to the heritage past and that stunning chandelier as you walk through the sleek and stylish décor.

I loved the thick slice of jellied chicken liver pate accompanied by slices of buttered toast (just perfect), the steak tartare which comes with potato crisps to scoop it up, and the tagliarini with sea urchin and caviar.  My pick of the steaks is the 6+, full blood wagyu pave but it’s the Beef Wellington that turned heads every time one emerged from the kitchen.  Oh wow!

TIP: Use the code ROTHWELLS1 for $8 parking at Queens Plaza car park from 4 pm Tuesday till Friday, and all day Saturday and Sunday. Book through the Rothwells website.

Australia’s Craft Beer Capital, the Sunshine Coast, is celebrating the return of interstate travellers by announcing the country’s biggest welcome back party. At 4 pm on Friday, 17 December, the Sunshine Coast’s 21 craft breweries will simultaneously throw open their doors for a lavish bash of craft beer and good times.

The event is a chance for Australian travellers to reunite with friends and family while doing something sorely missed by many after months of intermittent lockdowns. To top it off, on the night guests at the breweries will have the chance to win a year’s supply of Sunshine Coast craft beer.

The Sunshine Coast has its own craft beer trail, go behind the scenes with Sunshine Coast Craft Beer tours and meet the local brewers, or plan your own itinerary at visitsunshinecoast.com/craftbeercapital

Sasso serves up family-style old-school Italian in a cool and contemporary space. Amalfi Coast-born Head Chef Gabriele Di Landri, who has worked at some of Australia’s most exciting restaurants including Dolphin Hotel, Chiswick Restaurant and Aria, heads up the open-plan kitchen. Bar Impresario & Managing Partner Jared Thibault, who has led some of the country’s best bar programs along with Vincent Lombino, are the restaurant’s Managing Partners.

I loved the Ora King salmon and oozy burrata, the pea and mint arancini and the too hard to resist pane della sasso. I want to try the linguine marinara on my next Sasso visit and work my way through the pizza menu.

TIP: The Bambino’s menu includes spaghetti, macaroni and cheese and pizza – all their faves.

Get it while you can

Queensland’s much-loved Flood Rum by Beenleigh Distillery has been awarded a gold medal at the 2021 Australian Distilled Spirits Awards, cementing the iconic rum as one of Australia’s best.

“In March 2017 the Queensland based Beenleigh Distillery was battered by one of the most destructive floods in its history with the water level falling just short of the flood levels of 1974 and 1887, halting distillery activity for six months and devastating production. Floodwaters rose so quickly and caused major damage to our water pumps, which meant the rum that had been fermenting in tanks at the time of the flood was stuck for six months before it could be accessed.

“When our Distillery was operational again, our experienced distillers were able to run the ferment through our Copper Pot Still and produce a rum that was bottled by hand with no additives and non-chill filtered. Aptly named The Flood Rum, it really shows how finding a new way of thinking can turn a difficult situation into an opportunity and we’re proud that from adversity, an award-winning, consumer favourite rum was born,” he said.

Reports on the shortage of champagne are much exaggerated according to The Bubble Diva, Amanda Reboul.  A champagne educator, Amanda says there really is no champagne shortage from Champagne.

“It is purely a logistical issue with hold-ups in shipments affecting some brands more than others. Reports that they cut the yield last year are misleading. Champagne harvested last year couldn’t be blended and bottled until earlier this year and then need to sit on the lees for at least 15 months. So none of it would be making its way to us until mid-next year at the very earliest.

“Last year it was reported that the champagne producers had an excess of 100 million bottles because of all the restaurant closure in Europe and abroad, so they are not running out.

Amanda says there seems to be plenty of champagne in the liquor stores at the moment, but there is a supply chain problem for some of the bigger brands. It’s its good time for people to either support an independent liquor store or try a new brand.

Here are her recommendations for your Christmas entertaining.

Talk to Amanda at @thebubblediva

Are you searching for the ultimate sunflower selfie?  Well, there is still time to head to the Van Gogh exhibition for a fakie, but if you want the real thing the Granite Belt has the answer.  Heat to Your Guide to Sunflower Spotting on the Southern Downs for the location of the latest sunflower field in bloom.  You can tag @eatdrinkandbekerry in your photos.

Get festive at South Bank

Festive Beats presented by eatSouthBank, on the Little Stanley Street Lawn, gets an update this year with the addition of a pop-up bar. Bring a picnic or grab a takeaway treat and sip Christmas cocktails while listening to some great free local live music acts. Soak up the Christmas vibes from 4 pm to 9.45 pm. Festive Beats will also be presented at River Quay Green with food vendors.

The FINAL word – on washing chicken

Don’t do it! That’s what Australia’s leading chicken meat and food safety experts are saying. The Australian Chicken Meat Federation (ACMF) and the Food Safety Information Council are concerned by new research that found nearly half (49 per cent) of Australian cooks are still washing raw whole chicken before cooking it, despite the food safety risk that it presents.

Washing your chicken used to be a thing, but now it’s not. Evidently, some bacteria, like Salmonella, are part of the normal microflora of the chicken gut but can cause illness in humans if food is not handled correctly. Washing raw chicken before cooking will most likely splash raw meat juices around the kitchen sink, benchtop and utensils, and other raw foods, increasing the chance that you might get sick. 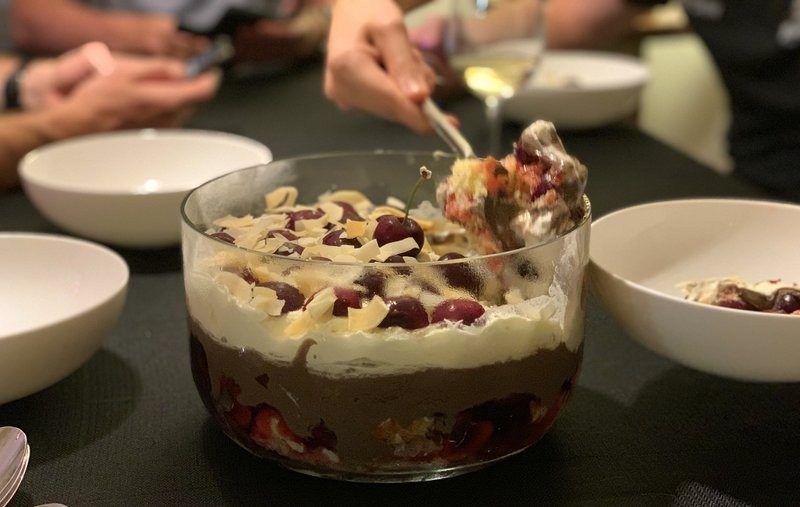 What happened last week in Brisbane? Check it out in Feast on Brisbane #44 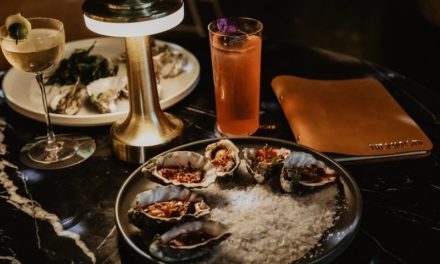 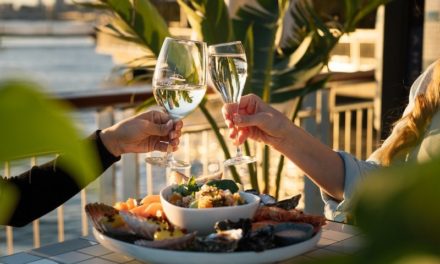 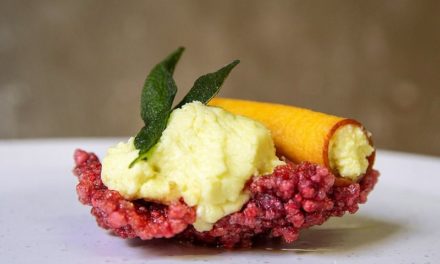 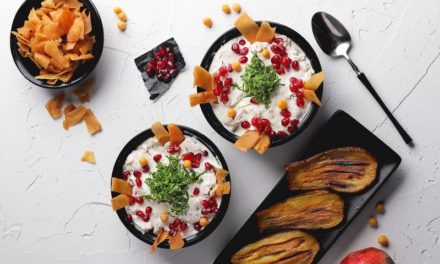